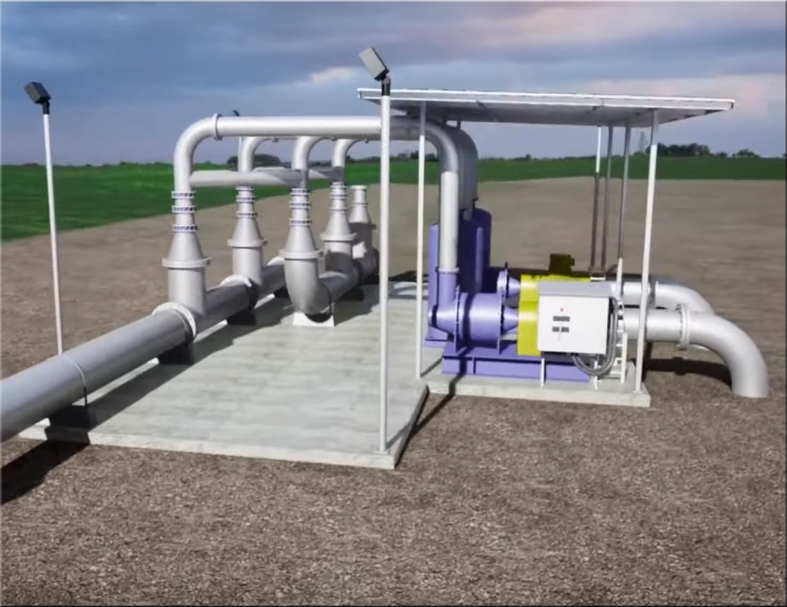 The TECOM GASVAC plant is a site specific customised gas extraction or drainage system. Allowing unwanted Gases to be extracted or drained.We are all very aware over recent years gas in coal mines in particular has resulted in many mines being closed down for a considerable amount of time.  Some mines have also suffered fatalities from sudden outburst of gas and or explosions from gas mixtures and also resulting coal dust.

While every operation should place protecting its workforce as the number one prioirty other issues resulting form a mine shutdown will also affect the lives of all associated with the mining company.  Loss of Profits  –  Loss of Income for the Work Force  –  High Cost of Restarts  –  Possible Legal Actions

Coal is as we know Mined all over the world in enormous quantities . As with all mining operations, It is not without its unique health and safety risks.  It is widely accepted, that during the mining of underground coal A variety of coal seam gases such as methane – are often released

In most mines, using professionally designed ventilation and supporting infrastructure the small quantities of gas released, will pose no real issue safety or production operations as the concentration gas in the air are kept at a safe level.  However, if the ventilation system is stopped for what ever reason – including: Maintenance, fault, repair or the coal seam itself is very gassy by nature

Then hazards, while entering or working in such an area, are significantly increased.  In modern mines – most if, not all underground mines have some form of the gas detection system. This to alert personnel – to the build-up of dangerous gases.  In the event, an alarm is raised due to a build up or release of gas into mine, during coal extraction. Then all production must cease and the mine .. Evacuated.  All coal extraction measures will be shutdown until the gas levels in the mine are a return to a safe operation level. Recent history has shown that some of these force production shutdowns can costs 10 of millions in lost revenue from production.

Over the last 26 years – “TECOM” a member of the SIEMAG TECBERG group has designed, built and installed an array of gas drainage and extraction systems for coal mines.  The draining or extracting the gas from any mine, means that the likelihood of gases being built up – to the point where production would need to be stopped ……..becomes far less likely

safety aspects and outcomes for both personnel and equipment, are increased due to the removal of explosive and harmful gases

Just remember – TECOM can customise, design, engineer and install your Gas Monitoring, Gas Plant and Gas-Fueled -Electricity Generation where ever you need it